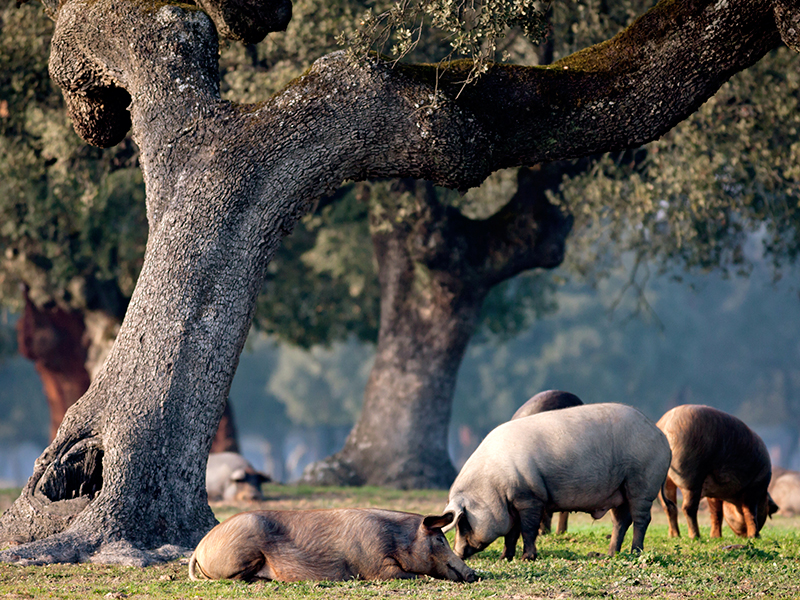 The Ibérico Pig, endemic breed of the Iberian Peninsula, developed more than 2000 years ago, the same as of the Mediterranean Wild Boar. The rough and tumble orography of the breeding areas in the southern and western parts of the peninsula have given rise to many varieties included in the common Ibérico trunk, although they all share its main genetic characteristic: A unique capacity to infiltrate fat into its muscle tissue.

Thus when the Ibérico Pig is free-ranged as it is on the Group’s estates, grazing and enjoying the meadowlands, what is achieved, apart from the classical cuts, are many other cuts that are not often used from other breeds of pigs and which in the case of the Ibérico pig are considered as noble cuts, with an unmistakable flavour and texture. 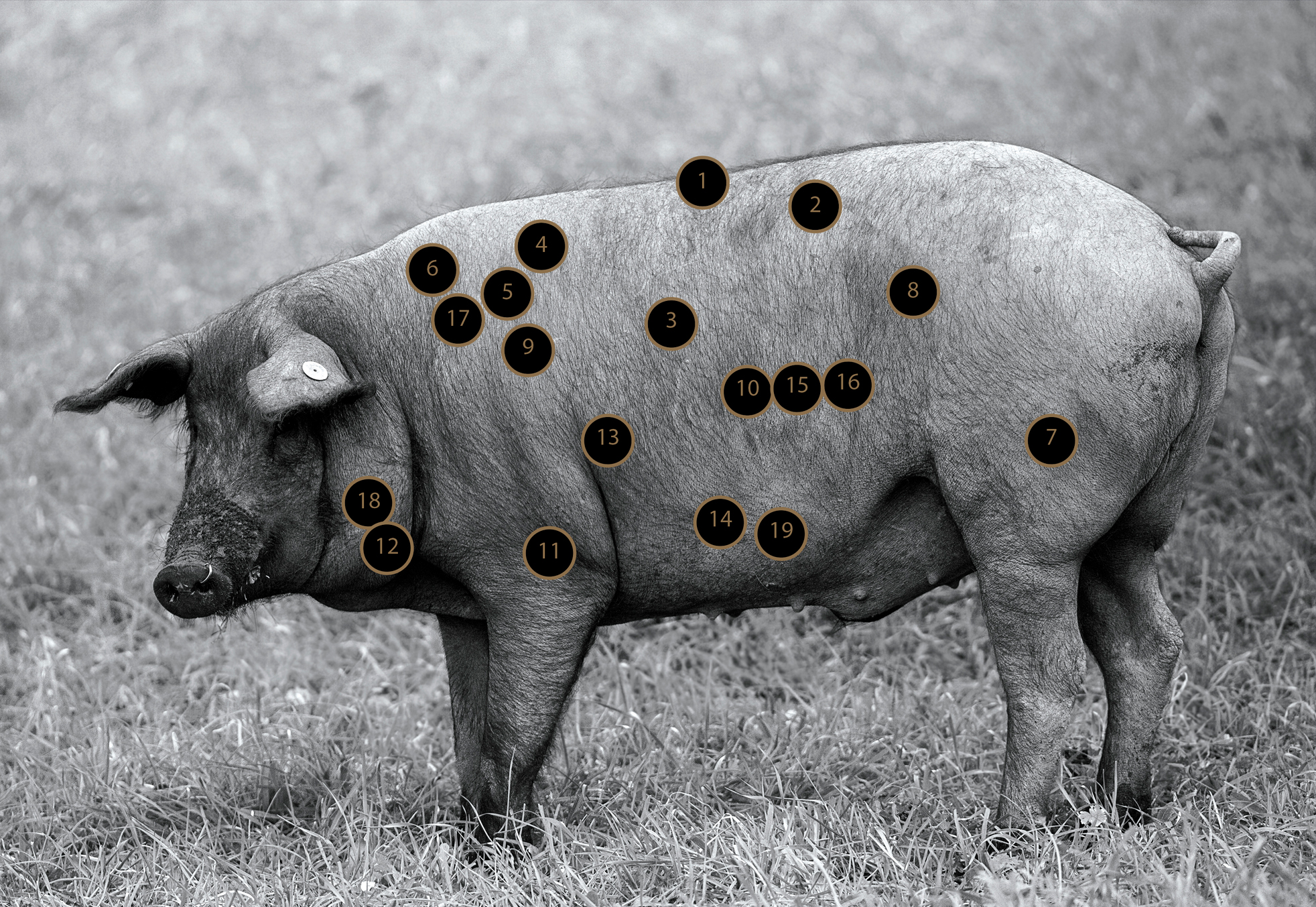 Centuries of tradition have led us to comprehensive profiting of the Ibérico Pig, and now even more so and safely with the latest technologies that we have available in our quartering plants. 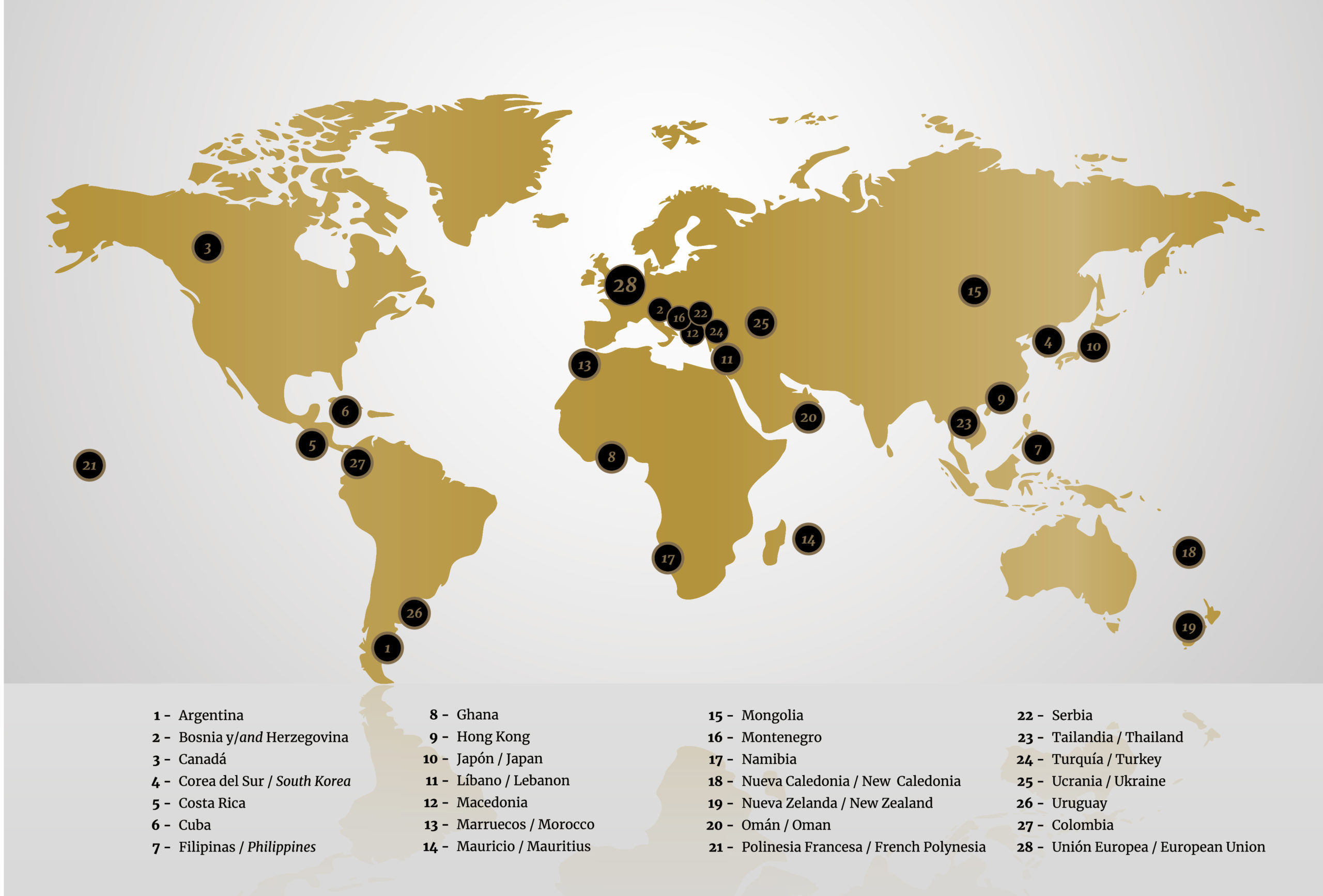